The Cover: The Cruel Prince’s cover is beautiful but besides the crown (and I guess the thorns?) I don’t think there is anything special about this cover. It’s pretty and simple but that’s it.

Basics: The Cruel Prince was released on January 2nd, 2018, published by Little, Brown Books for Young Readers and is 385 pages long. Genre wise The Cruel Prince belongs to Fantasy, Young Adult and Romance.

Description: Of course I want to be like them. They’re beautiful as blades forged in some divine fire. They will live forever. And Cardan is even more beautiful than the rest. I hate him more than all the others. I hate him so much that sometimes when I look at him, I can hardly breathe.

Jude was seven when her parents were murdered and she and her two sisters were stolen away to live in the treacherous High Court of Faerie. Ten years later, Jude wants nothing more than to belong there, despite her mortality. But many of the fey despise humans. Especially Prince Cardan, the youngest and wickedest son of the High King.

To win a place at the Court, she must defy him–and face the consequences.

As Jude becomes more deeply embroiled in palace intrigues and deceptions, she discovers her own capacity for trickery and bloodshed. But as betrayal threatens to drown the Courts of Faerie in violence, Jude will need to risk her life in a dangerous alliance to save her sisters, and Faerie itself.

Overall thoughts: So this is my second time reading The Cruel Prince by Holly Black. I had heard about the book in early January 2018 and right as I was about purchase a copy, I received The Cruel Prince from my January 2018 Owlcrate subscription! I was so excited because it was like the universe was on my side and leading me to a new great book! Or so I thought.

I hated The Cruel Prince the first time I read it, severely. Nine months later, I wanted to give it another try. Here are some of the reasons I had issues with The Cruel Prince in the first place: One, the whole trope where the leading male bullies and is mean to the heroine but somehow they fall for each other drives me up the WALL. Bullying is a very, very sore subject for me because I was bullied throughout High School and experienced it first hand. So I’m sure that you can understand why I think it is absolutely ridiculous that Cardan bullied Jude horribly and in awful ways and halfway through the book he is apparently in love with her. It would make sense if Cardan and Jude were under the age of ten, but they are not and I just find their whole relationship is ridiculous and super unrealistic.

My other issue I struggled with was the pace of the book and how the book ended. A few chapters in everything was at a slow pace, in the middle things picked up and while reading the end of the book everything happened so fast I thought my head was spinning! It actually reminded me of when Oprah used to hand out gifts, “You get a car! And you get a card!” but for The Cruel Prince it was like “and you find out this piece of information! With this big plot twist! And add another plot twist!” My head was literally spinning with information, information overload basically. Those issues aside, the second time reading it I found that I liked The Cruel Prince a lot better.

The story is very compelling and whimsical, with enough twists and turns of the plot to keep you interested. You might need to make a list of everything going on to tie everything together at the end but it’s still good nonetheless. I still don’t really like or understand Cardan and Jude’s relationship but maybe that could change in the next book when it comes out in January 2019. Overall I think I’m just too picky sometimes when it comes to books and with The Cruel Prince I have learned that each book deserves a second chance. 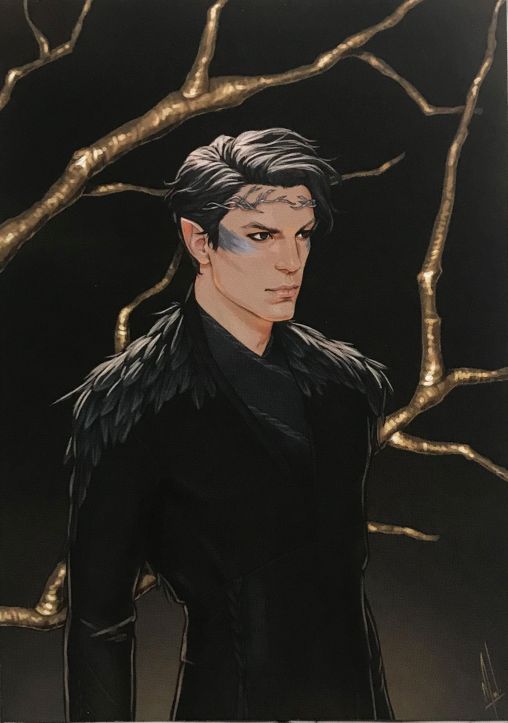 Favorite Quotes: “If I cannot be better than them, I will become so much worse.”  -Jude

“Most of all, I hate you because I think of you. Often. It’s disgusting, and I can’t stop.”
-Cardan

“Father, I am what you made me. I’ve become your daughter after all.” -Jude 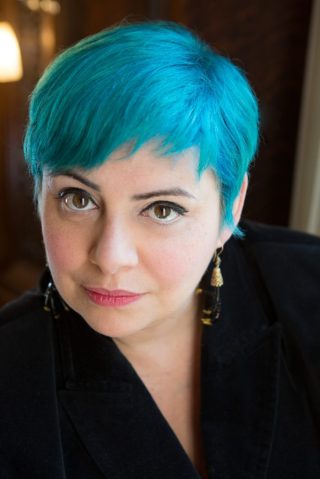 About the Author: Holly Black is the author of bestselling contemporary fantasy books for kids and teens. Some of her titles include The Spiderwick Chronicles (with Tony DiTerlizzi), The Modern Faerie Tale series, the Curse Workers series, Doll Bones, The Coldest Girl in Coldtown, the Magisterium series (with Cassandra Clare) and The Darkest Part of the Forest. She has been a a finalist for an Eisner Award, and the recipient of the Andre Norton Award, the Mythopoeic Award and a Newbery Honor. She currently lives in New England with her husband and son in a house with a secret door.

****I do not claim these images as my own, images & artwork were found on Google & do not belong to me but to their owners***

5 thoughts on “Review: The Cruel Prince by Holly Black”